How is Southeast New Brunswick doing? Highlights from the 2021 Population Census, Part 2.

How is Southeast New Brunswick doing?

Highlights from the 2021 Population Census, Part 2.

This blog will focus on the level of income of families and individuals in Greater Moncton and Southeast New Brunswick and its changes since 2015. 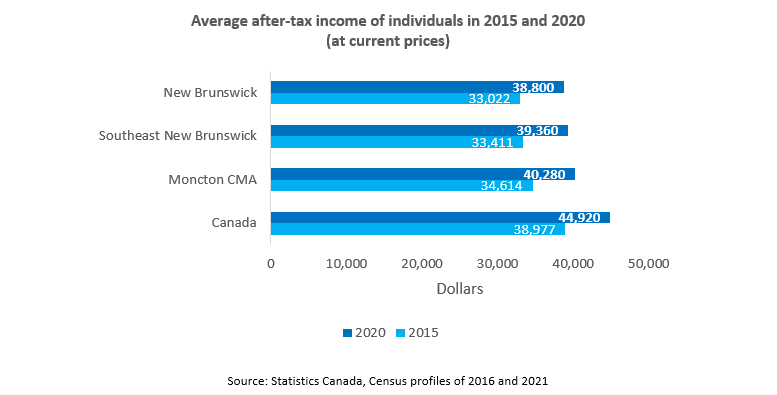 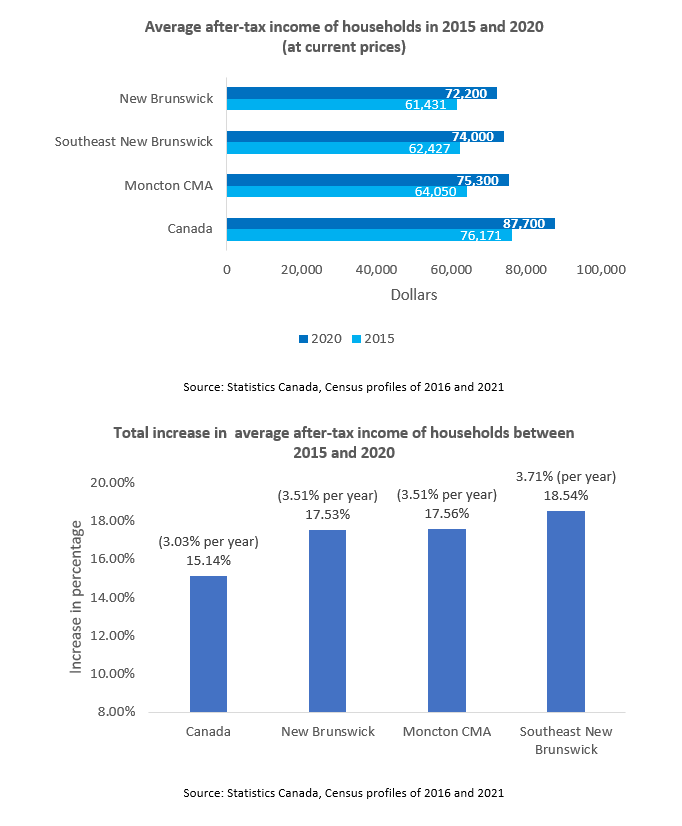 Even if progress was made, there is still need for more work to reduce income inequality based on gender in the region. 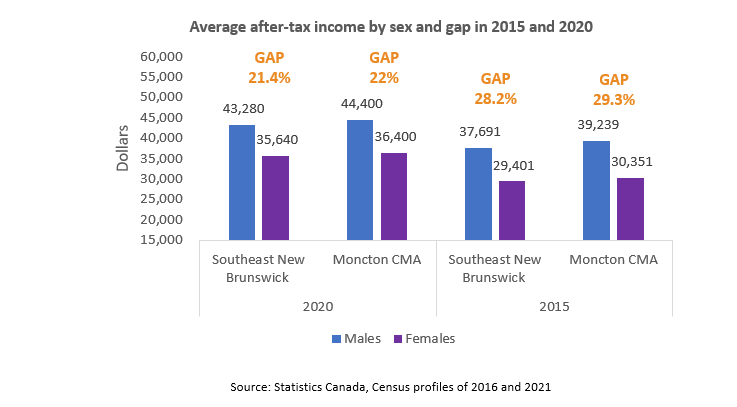 The high prevalence of low-income in people aged 65 and older, as well as children 0 to 5 years old, is worrisome. This points to the need for a better safety net for children and elderly, and the need to encourage federal and provincial officials to increase social benefits like the Child Care Benefit for low income families as well as other pension benefits for low income retirees. 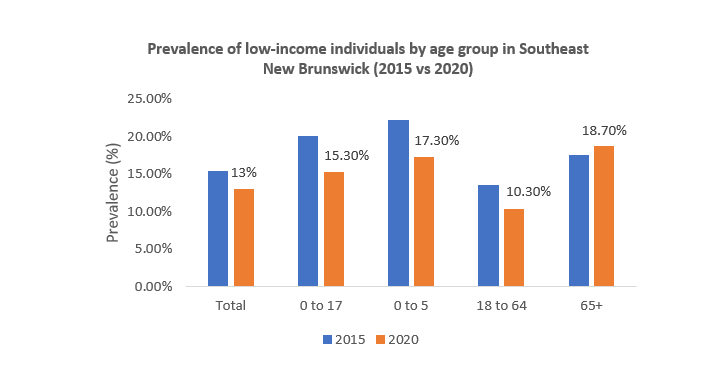 [2] The low-income rate is based on the after-tax low-income measure (LIM-AT) used by Statistics Canada.